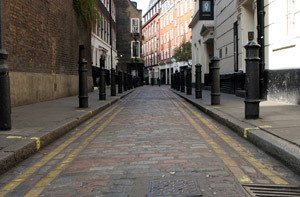 If you want to live somewhere vibrant and exciting then Soho is the place for you. It is in the West End of central of London and a part of the  City of Westminster. It is bordered by Oxford Street, Regent Street, Leicester Square and Charing Cross Road. Fitzrovia is in the north, Covent Garden in the east, Chinatown in the south and Mayfair in the west, with other nearby areas including Marylebone, Bloomsbury, Strand and St. James’s Park. It’s postcode region is W1.
It is thought that thee name of the area derives from hunting cry. For much of it’s existence it was farmland but in 1536 it was seized by Henry VIII and transformed into a royal park for the Palace of Whitehall.  The area was granted to Henry Jermyn, the 1st Earl of Albans in the mid 17th century and he would lease it to Joseph Girle. Girle would start to develop the area but would soon relinquish ownership to Richard Firth. The possession of Soho would continue to change hands over time. Despite the early intentions of making it a place for the wealthy it would become home to many immigrants, especially in 1668 when a many French Protestants moved into the area and it became known as London’s French quarter. Soon a church was built and many of the aristocrats left the area. In the mid 19th century Soho became a rowdy place and a source for entrainment with many music halls and small theatres being opened and cheap eateries and pubs followed. It became regular spot for authors, poets and artists who would frequent the pubs. Other restaurant and entertainment districts have adopted the name Soho in such locations as New York, Hong Kong and Buenos Aires. 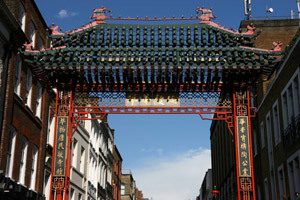 After the conclusion of the Second World War a music scenic began to develop and was the birth place of the British modern jazz movement. Club Eleven and The Harmony Inn café  were two of the gathering places for such musicians and this led the way for beatnik culture to become a part of the area. However, rock music became the leading form in Soho, with the 2i's Coffee Bar being one of the fist rock-and-roll clubs in Europe. The Marquee Club also play an important part as the venue of the Rolling Stones’ first ever live gig. Other musicians preformed here in their early days such as The Sex Pistols, Jimi Hendrix, Eric Clapton, Brian Jones and Elton John.
These days Soho is one of the most multicultural areas in London, with both rich and poor living here. It has everything from industry, culture and entertainment as a part of it. The area is full of nightclubs, pubs, record shops and restaurants and is the centre of London’s Gay community, as well as containing London’s Chinatown and many religious and spiritual facilities. Soho is the heart of independent film and television and the BBFC (British Board of Film Classification) operates here.
With so much to see and do in Soho then you don’t want to be wasting all your time on the actual move. Get on the phone to Man and Van on this number 020 3743 9354 and we can have a team of removal experts at your door who will do everything from packing, moving large furniture and appliances, offer transport, provide storage depots and more. Call now and we can provide a no commitment, complimentary assessment. So don’t forget to book your parking spots here so we can be at your door and have you moved to a new home in Soho.
Testimonials

They were on time, courteous, cautious, and cared about the furniture. I will be using them again if needing moving services in Soho!

Man and Van is the best moving company in Soho. Even the kids behave when the crew was around. Lovely staff.