Looking for the best man and van services in Harringay?
Just call our specialists today for a free no obligation quote on 020 3743 9354.
We have helped numerous people with their home and office removal needs in Harringay.
No job is too big or too small for our team and we have experts on hand when it comes to protecting your valuables.

Areas we cover near Harringay: 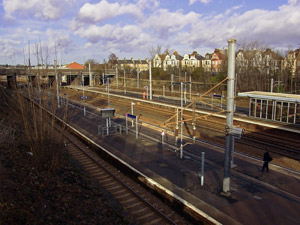 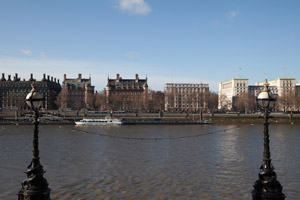 If you’re looking to move somewhere with little bit of everything then look no further than Harringay. It is in North London and part of the London Borough of Harringay. It is centred on Green Lanes, with Finsbury Park in the north, Ducketts Common to the south, the Great Northern Railway in to the west and Eade Road in the east. It is north of Charing Cross and it’s postcode districts are N4, N8 and N15. The current population stands around 16,500. The name of the area most likely derives from a persons name around the Saxon period, evolving from Harenhg to Haryngeay to Haringey before eventually becoming Harringay around 1569.

A lot is known about the area’s history, stemming back as far as the Ice Age, where it was one the edge of a glacier . There is evidence that there were people living here as early as the Stone and Bronze ages. Harringay was invaded throughout the 5th and 6th centuries by Saxons and one of their chieftains was who the area was named after. In 1086 the Domesday Book indicates that Harringay was under the control of the Bishop of London and Waltheof II. Over time the forests were felled and Harringay became a rural area, covered in agricultural land with only a few inhabitants and buildings.

Gradually houses and parkland were created with Harringay House and a kiln and pottery near Greens Lane being constructed. The tone of the area changed as it became known for entertainment and fun. The Copt Hall tavern which was popular with locals was torn down so that a private leisure park, complete with a lake for rowing and fishing, could be constructed. Various sports such ash cricket, shooting, rowing and more taking place here. This space would be replaced by Finsbury Park in 1869 and not long after Alexandra Palace was opened.

The area remained sparse until the opening of the railways of the Great Northern Railway and then the Tottenham and Hampstead Junction Railway. This resulted in urbanisation taking over, and Harringay spread outwards. Sport started to play a major part in the area with the opening of Harringay Stadium opening in 1927 and Harringay Arena in 1936. Various events including ice hockey, greyhound racing, boxing, classical music events and the famous Horse of the Year. Many immigrants would move here after the Second World War, making the region more diverse. Harringay proudly boasts that 22.5% of it is open space, with Finsbury park, Railway Fields (winner of the prestigious Green Flag award), Ducketts Common and an prize winning community garden in Doncaster Gardens.

With all this to do then you can hardly waste time worrying about and undertaking your move. Man and Van is prepared to take care of everything for you allowing you to relax and enjoy yourself. Call us now on 020 3743 9354 and we’ll give you more information about our services and can even offer a complimentary quote. We can help you at any point of your move so call us whenever you need us. We can have a skilled team at your door immediately who will bring with them containers and wrapping so that we can pack your goods. Then we will move all of your large furniture and appliances out of your home. Remember to have parking spaces booked using this link, so that our vehicles can collect your goods. Once they arrive at your new address we will unload, unpack and set everything up for you so within a few days you could be living in your new Harringay home, thanks to Man and Van.

We had MAN AND VAN moves one of our office spaces in Harringay. They were great and offered everything you want in a moving or removal service!

I am so happy with the price Man and Van gave me for their removal service in Harringay. It was beyond expectations.