Looking for the best man and van services in Brixton?
Just call our specialists today for a free no obligation quote on 020 3743 9354.
We have helped numerous people with their home and office removal needs in Brixton.
No job is too big or too small for our team and we have experts on hand when it comes to protecting your valuables.

Areas we cover near Brixton: 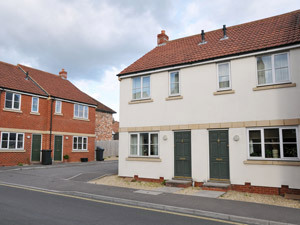 Brixton is in the south of London and a part of the Borough of Lambeth. It is south-east of Charing Cross and was recognized as one of the thirty-five major centres of London in the London Plan. It is bordered by Stockwell, Clapham, Streatham, Camberwell, Tusle Hill and Herne Hill. It is a diverse area that is manly residential but has prominent market and retail activity. It’s postal districts are SW2 and SW9.
The area was mostly farmland and market gardens for most of it’s existence but in the 19th century the opening of the Vauxhall Bridge allowed for easy access to Central London and so urban development began. The area became a middle class suburb and was given more opportunity for growth with the opening of the railways. Large houses were built around this time that were later converted into flats. Brixton  became the shopping capital of South London with several department stores. Many of the area’s first immigrants began to move here in 1948 and now 24% of Brixton is made of people of African or Caribbean descent. The area started to thrive in the 1990s when a flourishing art scene developed and many galleries, bars, restaurants and stores opened. 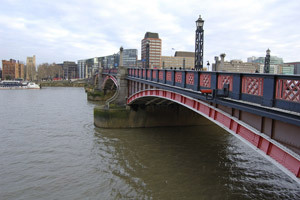 There are several housing estates in Brixton with some located in Stockwell Park, and Loughborough, though there are still Victorian homes and architecture in the town. Brixton Market has been regularly held since 1870 and sells a wide range of different food of various national origins. The Brixton Murals are a common sight and the Ritzy Cinema has been operating since 1911. An emerging hip-Hop and Rap music scene has grown in the area and several of it’s local artists have become popular. The multicultural aspect of the area is seen by it’s multiple places of worship with churches, mosques and synagogues scattered throughout. Brixton is an important part of popular culture with it appearing in or being mentioned in many books, films and songs.
There have been numerous notable people to reside in Brixton including former Prime Minister John Major, former London Mayor Ken Livingston, musicians David Bowie, Linton Kwesi Johnson, Paul Simonson and Mick Jones of The Clash, Hip-Hop group Hijack as well as Lisa Maffia and Le Roux, comedian Dan Leno, environmentalist James Lovelock, boxer Danny Williams, TV personality Sharon Osbourne, pilot Frank Reginald Carey, Olympic medal winner Iwan Thomas and artist Jo Self,
So after reading this then you’ll be eager to relocate into Brixton but it can be a difficult process to move all your belongings from one home to another. That is why Man and Van is here to help you. As a top removals firm we can take care of everything. Call us now on 020 3743 9354 and we can dispatch a team of skilled removal experts who can help you pack all your goods and provide the materials necessary. They will have the strength and know how to move all your larger furniture and appliances through small spaces, doors and up and down stairs without the item or the building being damaged. Don’t forget to book parking space here so that our range of vehicles can come and transport your goods. We will get everything into your new home and we can also provide storage facilities. Our friendly staff will be there for you every step of the way and guide you through the process. When you call we can provide a free, no obligation quote that will give you an idea of our services and prices and with our help you’ll be living in your new Brixton home in no time.
Testimonials

I am always so happy to have this move done. At MAN AND VAN in Brixton, the movers are very professional and always leave us with a good feeling!

Man and Van do all my removals in Brixton. From old furniture to household items, they are terrific.