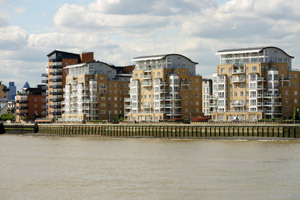 Bow is in East London and a part of the Borough of Tower Hamlets. It is east of Charing Cross and it’s postcode district is E3. The area’s surrounding districts are Bromley-by-Bow, Old Ford, Mile End and Three Mills, with Bromley, Stratford, Leyton Mile, End Park and Victoria Park also being close by. It is an area of much history and interest and makes for a fine place to live.
The name of the area originates from Stratford-atte-Bow, which itself comes from the bridge built over the River Lea during the reign of Henry I. Stratford was first recorded to he habited in 1177. It originally lay on an old road but was upgraded by the Romans so that it was one of the first paved roads in Britain. The local Goose Fair was notorious regular event before authorities closed it down for getting too wild. Not long before writing the Canterbury Tales, Chaucer wrote of a covenant of Benedictine nuns from Bow. The area became famous for it’s porcelain production and manufactured it to some the highest quality in the world. Unfortunately for the area production was moved to Derby in 1776. The match factories in Bow were a part of the early Suffragette movement because of the strikes in 1888 when female workers fought for better conditions. When Sylvia Pankhurst created a offshoot of the movement she did so here and created a nursery and clinic during the First World War. 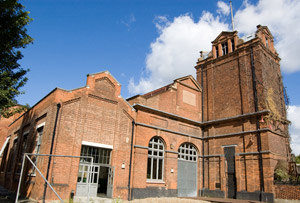 Parts of the local St. Mary’s Church date back to 1311 and it plays an important part in local legends, with the story being that a true cockney is one born within earshot of the church’s bells. However this is a local misconception, as the saying refers to the bells of St Mary-le-Bow church, three miles west of Cheapside. The bridge over the River Lea has been gradually developed over time to become a modern structure. Former Prime Minister William Gladstone was immortalised with a statue that can be found  near the church and late MP George Lansbury also has a memorial on Bow Road. The original Poplar town hall is also located here. The Conservative think tank The Bow Group originates from and has featured members such as Kenneth Clarke and Edwina Currie. Early Tudor manor house, Bromley Hall is located in Bow.
Now that you know all this we’re sure you want to move to Bow as soon as possible and this can be done with the help of Man and Van. As a top removals firm we can assist you with anything that needs to be done pertaining to your move. Call us now on 020 3743 9354 and we can offer advice, a free, no commitment quote and more information on our services. If you do recruit us, know that you’ll be getting highly skilled and experienced movers who will be able to tackle all of your packing, with wrapping and containers that we will provide. Everything will be secure for the entire duration of your move. Large furniture and appliances can also be handled by us as we can get through narrow spaces, doors and up and down flights of stairs.
If you want to make use of our range of vehicles you will have to book parking space at both your current residence and your new home here. Once this is done our movers will get everything transported to your new address and have it all unpacked and set up for you. Within a few days you could be living in brand new home in Bow, thanks to the help of Man and Van.
Testimonials

I am always very impressed with the amount of excellent service that is provided by you guys at my home in Bow!

Man and Van offer a great price for the much-needed man with a van in Bow. Trust me on this. 5 stars.