Looking for the best man and van services in Enfield?
Just call our specialists today for a free no obligation quote on 020 3743 9354.
We have helped numerous people with their home and office removal needs in Enfield.
No job is too big or too small for our team and we have experts on hand when it comes to protecting your valuables.

Areas we cover near Enfield: 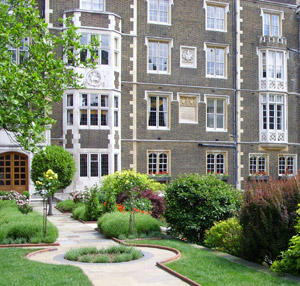 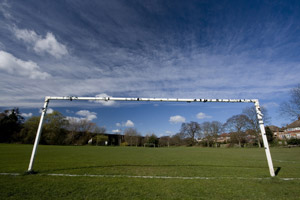 The Borough of Enfield is one of the most diverse areas of London and you can be at the centre of it all by moving to Enfield Town. It is in the north of London and is 10.1 miles north of Charing Cross and its postcode districts are EN1 and EN2. It is bordered by Forty Hill in the north, Ponders End in the east, Bush Hill Park and Winchmore Hill in the south, Oakwood in the west, with Botany Bay, Edmonton and Southgate also close by. It was identified as one of the thirty-five major centres of London in 2008. The town has excellent bus links with many routes in the area, as well as two local railway stations.

Enfield existed mostly of small communities early on, surrounding the hunting grounds Enfield Chase. In 1086 is was listed in the Domesday Book as Enefelde, with indications of St. Andrew's Church. The most probable origin of the town's name is the Anglo-Saxon Ēanafeld, meaning "open land" that was used for lambs or owned by someone called Ēana. The area started to become what it is today around 1572. A market was regularly held at this time and continues to do so today. Enfield Grammar School still operates today and has origins going back to the Tudor period. Enfield Palace was built in the 16th century and was later used as a school until it being demolished over time.

The new River was created in 1613 to supply water to London from Hertfordshire and runs through Enfield. Poets John Keats attended Clarke's School here and began a translation of the Epic poem the Aeneid. Botanist Dr Robert Uvedale established several successful hot houses. The railways date back to 1840. The world's first ATM machine was installed in Enfield in 1967. Old Enfield Park was gradually built upon over time with parts still remaining near the New River.

The major redevelopment was completed in 2006 in order to expand the shopping centre. Many major stores relocated to the extension with some smaller shops opening. New apartments were completed in 2012 and another block of flats is in construction on Silver Street, with plans for more. However, Enfield still retains many 16th-18th century buildings in Gentlemen's Row near the town centre. The local football team is Enfield Town F. and play at the local Queen Elizabeth Stadium.

If you ask anyone who has recently moved home they will tell you how tough it was. There is a lot to do and many things to plan. It can seem intimidating and overwhelming but you can avoid all the stress and hard work with one phone call to Man and Van. As soon as you've dialled 020 3743 9354 we can start to offer advice, information and a complimentary assessment. Our prices can't be beaten so you will soon have expert removers at your door. They will supply all the wrapping and containers you could need and so your packing will be done in no time. Large furniture and appliances such as sofas and refrigerators can be a nightmare to move on your own but our staff will carefully navigate them through narrow spaces and up and downstairs. If you have booked parking at this link, then we can provide a range of vehicles that we can load and have your things at your new address in no time. Once they arrive we will take everything out of the trucks and set them all up in your home. This process can take just a few days and so you'll be enjoying your new Enfield home before you know it.

I highly recommend to anyone in Enfield, and will use them again in the future!

Man and Van sorted everything out then proceeded to organize it carefully for transportation. That is amazing man with a van hire in Enfield.