It can be confusing looking for a home within London. There are so many places to chose from it can be hard to narrow it down. Looking at each postcode area is one method but you can be unsure what things mean or what areas are within each district. Lucky for you, Man and Van is here as your guide to the HA1 region.
The harrow postcode district is located in the north-east of London is responsible for the entirety of the Borough of Harrow, as well as the north-eastern section of Hillingdon, the western part of  Brent, a small segment of the Barnet, as well as some of Hertfordshire’s Three Rivers area . The sorting office for the area is located in Greenford.
Like all other postcode districts HA contain many smaller areas that are separated by postcode. These are HA0 to HA9 and were initiated in order to improve various services in London, mainly mail delivery, but also street signs and navigation. The Boroughs that are encompassed by these codes are Brent, Harrow, Hillingdon and Three Rivers. The HA1 area has the post town address as HARROW and so naturally it covers the Boroughs of Harrow and Brent and they corresponding areas of Harrow, Harrow on the Hill, North Harrow and Northwick Park. 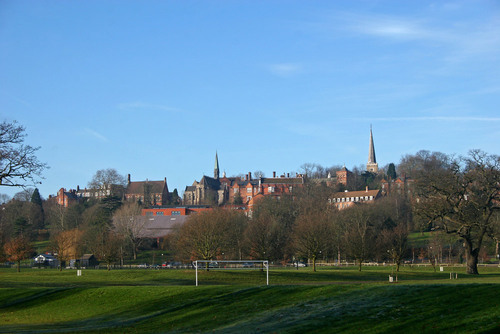 The HA1 area has much more affordable house prices than the rest of London because of it’s outskirts location. The cheapest option is a studio apartment which go for around Ł143,400, which only increases slightly to Ł173,300 for a one bedroom flat. Flats with two, three and four bedrooms costing on average  Ł234,300, Ł283,100 and Ł390,300 respectively. The most expensive option would be a six bedroom house at Ł753,500, with three and single bedroom homes going for Ł350,800 and Ł152,800 each.
The area is one that is undergoing much positive change. The Harrow & Wealdstone Intensification Area was part of the London plan that aims to build almost three-thousand new homes and create even more new jobs. North Harrow is known for exceeding the average for the quality of life in the area meaning that it is a safe and affluent place to live with many schools (with the famous Harrow School found within the HA1 area). Housing here is largely low-rise, low-density, high floor space structures. There are many open spaces here as well as retailers. 14th century building Headstone Manor is a key landmark which serves the area for sport and includes the Harrow Museum and Heritage Centre. Northwick Park and St. Mark’s are tow notable hospitals in the area. There are many successful sport teams and facilities in the area. The metropolitan line runs through here and ensures strong railway links and a major bus station allows for easy public transportation by road.

Looking for a home may be confusing but moving to one never will be as long as you get in touch with Man and Van. We can make things simple from the get go as we give you advice, answer your questions, ease any concerns, tell you all about our services and provide a no commitment quote. We will assist you in booking parking spaces with local councils (Harrow and/or Brent) that is necessary for home removal vehicles.
We can do a whole host of tasks to make your move a success. We will carefully pack you goods so they will safe and easy to carry, and will load them onto our transport alongside any large furniture and appliances you may have. Then we’ll take everything to your new HA1 address and help you make it into a true home.
Testimonials

My cousin had used this moving service and recommended them for my big move to the HA1 area. They have reasonable rates and did a great job. I would gladly use them again.

We needed to hire movers to help with my daughter's belongings, because she needs to move back home with us for a while. Man and Van in HA1 are the best people for the job. They were professional and organized.