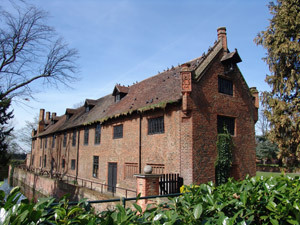 Barnes has much to offer, with many things to do and to see and many famous people have called it their home. If youre thinking of doing the same then you should know that it is located within the south west of London and is a part of the of the Richmond upon Thames Borough. It is south west of Charing Cross and next to the River Thames. Chiswick is the border to the north, Fulham in the east, Roehampton in the west and Kew in the south. Its postcode district is SW13.
Barnes was originally a part of Surrey and was listed in the Domesday Book as belonging to the Canons of St Paul of London. St. Marys chapel was built in the first half of the 12th century and continuously updated and even restored after a fire in 1978. Georgian manors were constructed in the 18th century as was a police station. These homes have since been modified into apartments. The Barnes Railway Bridge, which is a Grade II listed structure, was constructed in 1849. The Barnes council estate housed many people when it was constructed in the 1930s.
Local nature reserve and open space Barnes Common includes several homes and its various habitats allow for a range of animals to live here. Barn Elms reservoirs were also transformed into a wetland habitat and bird sanctuary. Olympic Studious is a famous recording studio with bands such as The Rolling Stones, The Beatles, Jimi Hendrix, Queen, David Bowie, Pink Floyd and more working here. The Bulls Head pub a popular jazz venue, the Old Sorting office is a renowned art venue that has hosted many exhibits and several open air markets are regularly held and the Barnes Fair takes place annually. Queens Ride has a monument and bust for late musician Marc Bolan. 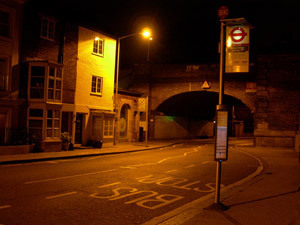 Sport is an important part of Barnes with headmaster Richard Mulcaster having been a pioneer in  the rules of football and founding member of the Football Association (F.) Ebenezer Cobb Morley being born here. Non league club Stonewall F. are situated here, as are Rugby Union team Barnes Rugby Football Club who are the original rugby union squad. Some of the Oxford and Cambridge Boat Race is held here.
Barnes has been the home to many notable residents such as the Planets composer Gustav Holtz, founder of the Royal Ballet Ninette De Valois, palaeontologist Colin Patterson, actors Peter Mayhew of Star Wars fame, Robert Pattinson and Bond Girl Honor Blackman, Queen members Freddie Mercury and Brian May, writers Henry Fielding, Roger McGough, Henry Fielding, David Harsent, Eric Newby and Jan Pieńkowski, comedian Alistair McGowan, politician Chris Patterson and DJ Pete Tong.
So if youre itching to move and want everything to go as smoothly as possible so you start enjoying your new home in Barnes then you should call Man and Van on 020 3743 9354. As a top removal firm we can handle everything for you meaning all you have to do is sit back and let us do the hard work. We can have a team of skilled movers at your door and within a day or two we can have everything packed and ready to go. Once you have arranged parking spaces we can have our fleet of vehicles deliver everything to your new home and well help you set everything up. Our commitment to our client is second to none so if you want a stress free and simple move then get in touch and well provide a complementary quote that will be the first step to your new Barnes home.
Testimonials

Thanks to the moving crew that was sent to help us move out of our apartment, this was the best move that we have ever gone through.

My family and I moved to Barnes and rang Man and Van to book a house moving service. They helped us immensely.