Looking for the best man and van services in Sutton?
Just call our specialists today for a free no obligation quote on 020 3743 9354.
We have helped numerous people with their home and office removal needs in Sutton.
No job is too big or too small for our team and we have experts on hand when it comes to protecting your valuables.

Areas we cover near Sutton: 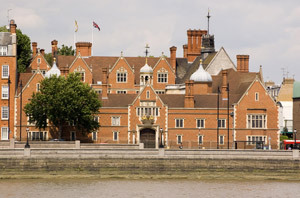 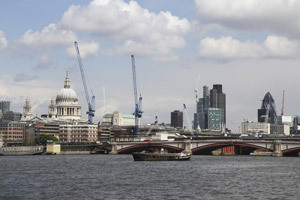 People want to live somewhere that has everything but rarely find it. Luckily for you, Sutton is one of those places. It is a large town in southwest London and a part of the Borough of Sutton. It was formerly a part of Surrey and is located 10.9 miles south southwest of Charing Cross. It is bordered by St. Helier in the north, Carshalton in the east, Belmont in the south, Stoneleigh in the west, with Morden, Mitcham, Wallington and Cheam nearby. Its postcode districts are SM1, SM2 and SM3.

The name of the town was recorded in the Domesday Book as Sudtone, meaning “south farm.” Archaeological findings suggests early Roman inhabitation. In 1086 the Manor was held by the Abbot of Chertsey and remained this way up to 1538 when the manor was sold to Henry VIII who granted the land to Nicholas Carew. The area later returned to the Crown and then to Carew's son. Charles II later obtained it and  then sold it, with it regularly changing hands afterwards. A turnpike road was constructed in 1755 from London to Brighton and toll bars and inns were built alongside it. The next major addition to the area was the railway in 1847, which resulted in an boom in the population. The New Town housing was created and though it no longer exists it is commemorated by the New Town Pub. The town was damaged by the Blitz with may casualties.

Most of the town's architecture is of the Victorian style with some Edwardian buildings. There are several large open spaces in Sutton; Manor Park, Sutton Green and Sutton Common. There are several churches; namely St. Nicholas church, Sutton Baptist Church and Trinity Church. There are examples of public art in the town centre including a large mosaic, a painting of all of the towns Sutton is twinned with and the Millennium Dial armillary. The local library is situated near St. Nicholas Church, as is a cinema.

The retail sector of Sutton is important and has two large shopping centres and stores scattered along high streets. There are also many pubs, restaurants and bars most notably the All Bar One and Brasserie Vacherin Malcolm John. There are three railways stations in the town and many regular bus services. Secombe Theatre performs various shows and often hosts musicians and comedians The area has been filmed several times for television shows and commercials. The local football team is Sutton United F. and Sutton Cricket Club is situated in Cheam Road.

If you've already picked your house but aren't looking forward to the actual moving process then you should call this number; 020 3743 9354. You will be put in touch with Man and Van, a top removal firm that can tackle all the hard work for you allowing you sit relax and enjoy your move.

Talk to our operators and they will provide you with information and find out what assistance you need. Once this is done we can provide a complimentary quote. Have your parking spaces booked and we will have our skilled team at your door. They will take care of all your packing, remove large furniture and appliances from the building and load everything onto the transport we can supply. If you need storage facilities then we have them available. Once it all arrives at your new address we will unload, unpack and put everything where you want it. It's easy to move home when you have help, so let Man and Van lend a hand and you will be set up in your new Sutton home within days.

Such a great company! Keep up the excellent work in Sutton!

This team of house moving experts in SM1 is proud of their work and it shows when it comes to their service level.