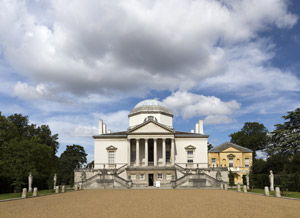 If someone said to you that moving home was easy, you would think they were joking. You know that a move involves a lot of hard work. First you have to arrange your possessions so you know what will be packed with what, then you have to put them all in protective materials such as bubble wrap and then place them all into suitable containers. You have to work out how to get large goods and furniture out of your home and place them and all your boxes onto transport, which you would of needed to arrange (as well as the parking by following this link). Then once everything arrives at your new address you have to unload, unpack and shift everything into the building. There are other things to consider too, such as storage, and if you’re moving instead from one office or another or the move is abroad things become tougher.
When you had your idea of moving you were looking forward to the fresh start and all the new and exciting things you could get up to. When you consider all the work involved how could you ever say it’s easy?. Well, it’s simple, with the assistance of Man and Van we’ll have you from one house to another not only quickly, but easily. Call us now 020 3743 9354 and we can give you a rundown of our services. Every problem listed previously can be tackled by our skilled and experienced team and you’ll find that within a day or two all your things will be out one home and in the other. Our prices can’t be beat because we only charge you for the services you use. Our approach is flexible and built around you so whatever you need us to do, whether it’s just a little help with one thing or tackling every aspect of the move then we can get it done.
If Chiswick is your destination then it’s worth learning a bit about the area’s geography and history, as well as what there is to do. It is located with West London, and is part of the London Borough of Hounslow. It described as one of the 35 major centres in London, and is between the River Thames and Charing Cross. It’s postcode district is W4. 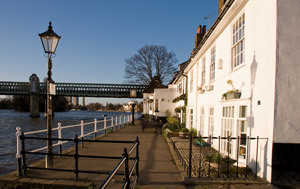 Chiswick began as  fishing village however, this began to decline in the 19th century. The Brewing of beer at Fuller, Smith & Turner has been occurring for over 350 years. High Road became an important spot for the area, as inns and large houses were constructed and is now a busy high street. The Cheswick Empire and the Q Theatre were popular theatres that held a verity of performances and these days Tabard Theatre is known for new writing and experimental work. The Duke meadows has been developed over time to become a recreational centre that is still used for various sports today and has recently undergone restoration with the addition of a children’s play area. Sport is important to Chiswick with several rugby teams in the area and completive rowing being a focus, as numerous rowing clubs have been established, major races are held here and club members have gone onto great success.
Some notable figures who have lived in Chiswick include actors Helen Mirren,  Kate Beckinsale, Hugh Grant an Elizabeth McGovern, athlete Sebastian Coe, Iron Maiden member Bruce Dickinson, The Who bassist John Entwistle, singer Kim Wilde, director Simon Curtis, artist William Hogarth and comedian Mel Smith.
So if you want to see how easy moving home can be first hand then call Man and Van today.
Testimonials

Pleasant experience with this removals company. Got the best deal I know of in W4. They came ready to work and had great attitudes the entire time.You won't be sorry, give them a try for sure.

I called about their house removals service in Chiswick last week. I was surprised at the affordable price, it really helped with my current financial situation.