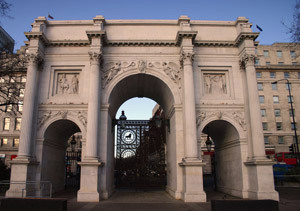 When most people move home they have to contend with lots of hard work. Packing and removing your possessions can be a nightmare but Man and Van is here you and we can make your relocation to Marylebone into a pleasant dream. Call us now on 020 3743 9354 and we can tackle all the hard problems of a move for you, so all you need to think about is what Marylebone can offer you.
It is an inner-city area in central London and a part of the City of Westminster. It is in the centre of the region and it’s postcode districts are W1 and NW1. It is boarded  by St. John’s Wood in the north, Fitzrovia in the east, Mayfair in the south and Paddington in the west, with Lisson Grove, Regent’s Park, Soho and Hyde Park also close by. The district was known as the Metropolitan Borough of St. Marylebone between the periods of  1899 to 1965 but later merged with the Paddington and Westminster Borough to create the City of Westminster.
It is one of the oldest parts of London  and was originally a village. It is named for a church dedicated to St Mary, which later became the St. Marylebone Parish Church in 1817. In 1086, Tyburn Manor is listed in the Domesday Book as belonging to Barking Abbey. The possession of the area changed hands several times, from Robert de Verre to Thomas Hobson and later Henry VIII and it would remain under ownership of the crown for many years. Much of Marylebone was constructed under the Portman family who still run some of the estates today. In the 18th century is became a rowdy area where duels, boxing and even bear-baiting occurred regularly in Marylebone Fields. 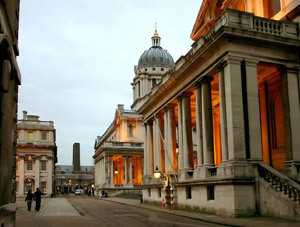 These days the area is home to medical and dental practises, mostly around Harley Street. Some of the most attractive and expensive buildings in all of London can be found in Mansfield Street. The Austro-Hungarian embassy was situated Chandos Street and the mansion in Manchester Square is home to an attractive garden that homes some of the finest examples of 18th Century French art as a part of the renowned Wallace Collection. The area has a significant connection with legendary detective Sherlock Holmes, with his fictional address of 221B Baker Street being in Marylebone. The strong transport links in the area allow for Marylebone to be connected with all of London.
There have been dozens of notable figures to have lived in Marylebone and a brief list include authors Charles Dickens, Arthur Conan Doyle and H. Wells, musicians such as the Beatles, Adam Ant, Jimi Hendrix, Noel Gallagher and Jacqueline du Pré, as well as actors including Norman Wisdom and Barbara Winsor. Not to mention former Prime minister Pitt the Elder and “Father of the Computer” Charles Babbage who also lived in the area.
Now that you’re excited for your move to Marylebone, you should look forward to the help Man and Van will provide. Once you call we can give you more information and even a free quote. Then we will do everything from provide packing materials, pack all your things up properly so they will be secure, remove large furniture, offer a range of vehicles to transport your goods ( just remember to have proper parking space booked first), grant you access to storage depots and get everything in your new home once it arrives. We want to make your move an enjoyable experience and we can guarantee that with our great prices and excellent services you will find it to be just that.
Testimonials

The movers showed up on time to Marylebone, they worked hard, they worked quickly, they took care of delicate items, nothing was damaged and they were courteous and professional.

Man and Van has the most polite man with a van team. Such a gem, made the experience in Marylebone a lot easier. Many thanks.