Looking for the best man and van services in Barking?
Just call our specialists today for a free no obligation quote on 020 3743 9354.
We have helped numerous people with their home and office removal needs in Barking.
No job is too big or too small for our team and we have experts on hand when it comes to protecting your valuables.

Areas we cover near Barking: 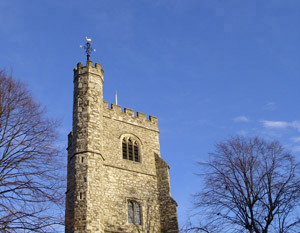 Moving home usually invokes the image of people struggling to pack all of their belongings properly and running out of time to do so before they relocate to their new home. It conjures up ideas of stress and hard work. We at Man and Van don’t think like this because we know how to make a move go swift and easy. We are a top removal firm who can help with any aspect of your move simply by calling us on 020 3743 9354. We can instantly make things simpler by giving you advice, solving any queries you may have and more. Tell us what you need and we’ll tell you how we can help. We have a wide range of services and you can asses our costs when we provide a free, no obligation quote.

Money shouldn’t be an issue when we’re involved as our prices are excellent because they based just on the services you use rather than rigid price packages. This means that you should be able to recruit our team to do every part of your move for you. We can handle all of your packing, in which we will provide containers and wrapping. Moving large furniture can usually be a nightmare but not for us as we will remove it from the building without it being damaged. Assuming you’ve booked parking with Barking & Dagenham Council when moving in or around IG11, our transport will be ready to get your belongings to your new home where we will help move all your possessions in for you. With all this and more available you shouldn’t have to worry about your move.
The other image we want people to have when they think about relocating is one of excitement as they search for a home that can begin a new chapter in their life. This can be a chore sometimes because if you’re looking in an area as big as London then it can be hard to narrow down where to look, but it can be easily done using the various postcodes districts in the area starting with IG. 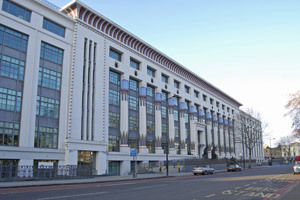 The IG region is used for the Ilford area in East London and part of south-west Essex. It is made up of multiple sections that originate from 1917 onwards that were created to improve mail delivery, streets signs and to make navigation easier. Most of the Borough of Redbridge is represented as well as the western part of Barking & Dagenham, the southern part of Epping Forest and a small section of the Borough of Waltham Forest. There are eleven subsections in IG ranging from IG1 to IG11. The IG11 area specifically covers Barking which is in the Borough of Barking & Dagenham.
House prices here are generally cheaper than the rest of London. Flats go fro around Ł123,300 for a single room and go up to roughly Ł154,600 for three bedrooms. Houses start at approximately Ł134,900 and increase to Ł236,300 for three bedrooms and to Ł547,200 for six bedrooms. The area has undergone much redevelopment in recent years on order to improve itself. This has mostly been by creating new stores and retail space as well as constructing four-thousand new homes. The riverside is also being enhanced to provide new jobs, homes and services including new schools. One or the major landmarks in the area is Barking Abbey which has existed since the mid 7th century. Valence House is a Grade II listed manor that acts as a museum for the regions history. So if you want a stress free move to this area, get in touch with Man and Van today.
Testimonials

I had called what seemed like every single moving company in the entire IG11 area when I stumbled upon Man and Van. They had terrific prices and great reviews. Their moving crew just left, and they did an incredible job. I would absolutely use them again.

Man and Van is the best removal service in IG11. They were on time, and worked so hard despite the dreary, rainy conditions all weekend. Five out of five stars.