Looking for the best man and van services in Victoria Docks?
Just call our specialists today for a free no obligation quote on 020 3743 9354.
We have helped numerous people with their home and office removal needs in Victoria Docks.
No job is too big or too small for our team and we have experts on hand when it comes to protecting your valuables.

Areas we cover near Victoria Docks: 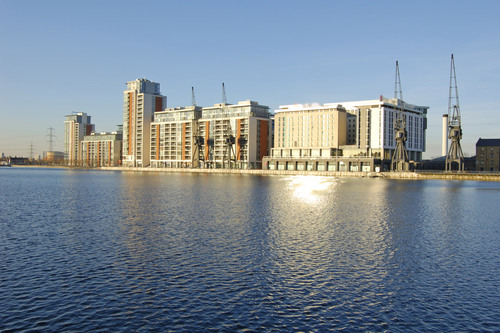 When moving home in or around the London region there is two things you should know. One; that you will be living in one of the most exciting, vibrant and diverse places in the country and two; that Man and Van will be there to help you every step of the way, starting by providing information about the E16 postcode area.
The E (Eastern) postcode district as a whole comprises of parts of the Boroughs of the City of London, Waltham Forrest, Hackney, Tower Hamlets, Enfield, Barking & Dagenham, Newham, Redbridge and Epping Forest. E is made of many smaller postcode area, spanning from E1 to E18, as well as E1W and E20, that were introduced as an effort to improve mail delivery and street signs, as well as make navigation and travel easier and more accurate. There is also the two non-geographic postcodes, E77 and E98, that are used for direct marketing and PO boxes by businesses. 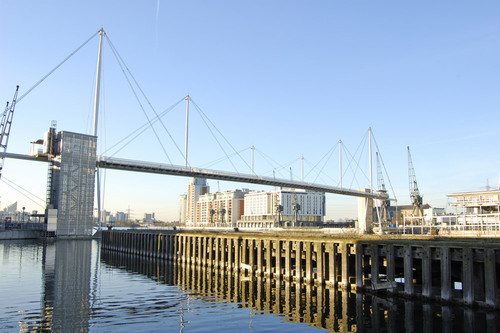 The E16 section covers Canning Town, Silvertown, North Woolwich, Custom House and London City Airport, all of which are within the Borough of Newham and use the post town address of LONDON. E16 is divided by the River Thames and is bordered by E3, E6, E13, E14, E15, SE10, SE7 and SE18 areas, meaning that Bromley, Upton Park, West Ham, Millwall, Stratford, Greenwich, Charlton, Woolwich and more are nearby. The house prices here are fairly low, which is to be expected because of the area’s distance from the centre of London. Flats start at around Ł196,000 with one bedroom and continue to increase up to about Ł297,000 for four bedrooms. Houses start at roughly Ł177,000 and have a maximum of approximately Ł326,000 for five bedrooms.
E16 is an area going under much regeneration and features a wide variety of houses. Some types of home here include some Victorian terraces, tower blocks, low-rise blocks, modern terraces, conversions, inter-war housing and more. The area is most well known for it’s docks, with the major three being the Victoria, Albert and George V docks, which have become more of a tourist attraction than a used port. Water sports are popular here with facilities for canoeing, sailing, waterskiing, rowing and more. The ExCel exhibition halls can house thousands of people and are used for various events. City Racing is a popular go-karting track. The University of Eastern London is the major educational facility in E16. Open spaces include Lyle Park, Thames Barrier Park, Canning Town Recreation Ground, Keir Hardie Ground, King George V Park amongst others, each with their own features such as gardens and sports pitches. Old Station Museum is dedicated to preserving and teaching about the Victorian era and there are numerous other educational and community centres. There are multiple railway lines in operation here and it is close by to London City Airport.
Now that you have the information on the place you’re moving to, you now need to know how you’ll be getting there. Man and Van is a top removal firm who can handle each and every job necessary to make your relocation a success. Call us on now on 020 3743 9354 and we will begin to answer your questions, give you advice and give you full details on ours services. At this point we will also be able to offer a free, no commitment quote. When parking space has been arranged with Newham Council we can be at your door ready to handle you packing, furniture and appliance removal, transportation, storage and more. We won’t stop until you move is complete so get in touch with us now.
Testimonials

Moving is a headache, but not with this moving company. They exceeded my expectations for customer service and pricing. Recommended if you are looking for a moving company in Victoria Docks.