Looking for the best man and van services in Dulwich?
Just call our specialists today for a free no obligation quote on 020 3743 9354.
We have helped numerous people with their home and office removal needs in Dulwich.
No job is too big or too small for our team and we have experts on hand when it comes to protecting your valuables.

Areas we cover near Dulwich: 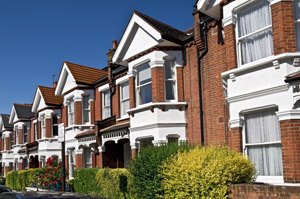 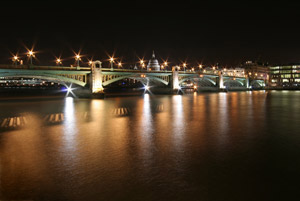 For all it has to offer few places in London can match Dulwich for history, great places to live and things to do. It is located in South London and a part of the London Borough of Southwark and with some parts in the London Borough of Lambeth. It consists of three main areas: Dulwich Village, East and West Dulwich. The surrounding area consists of Camberwell, Crystal Palace, Forrest Hill, Peckham among others. It is south east of Charing Cross and its postcode districts are SE21 and SE22.

Dulwich's earliest recorded history is in 967 AD when it was given to Earl Aelfheah by King of England, Edgar I. Henry VIII took control of the area in 1538 and sold it to goldsmith Thomas Calton. Calton's grandson would relinquish ownership to entrepreneur and actor Edward Alleyn in 1605. Alleyn used it for his charities; Alleyn's College of God's Gift, who's modern successor; The Dulwich Estate still owns a significant portion of the area. Alleyn would also construct a school, a chapel and charitable housing, which all still exist today.

Dulwich was regularly visited by Charles who would hunt here. Mr. Cox, a proprietor of a local tavern constructed a well around this time that would be used in medicine which allowed the area to thrive. The Inn soon became a school which had many famous students such as Lord Byron, Major-General John Gaspard Le Marchant and Robert Barclay Allardice. The Dulwich Picture Gallery was opened in 1817 as England's first public art gallery and still operates to this day. Dulwich was badly damaged by bombing raids during the Second World War.

Many of the buildings constructed in the 18th and 19th centuries still stand around Dulwich Village. Many of the stories in this part have closed and it is now a conservation area.  The west of Dulwich is the main residential zone and borders West Norwood and Tulse Hill.  Dulwich Park was originally farmland before becoming an open space in 1890 with ponds, play areas, a bowling green, a tennis court, a horse-riding path and café all being opened and it now hosts the annual Horse and Motor Show. There is a memorial fountain to Dr, George Webster, the founder of the British Medical Association in the village. The Dog pub has it's root all the way back to the 19th century when it was called the The Crown & Greyhound and was regularly visited by Charles Dickens. Sports teams in the area include Dulwich Hamlet F. that was established in 1893 and still competes today alongside Fisher F.C and the local rugby union team is Old Alleynian F.

Man and Van wants to get you in your new home in Dulwich as soon as possible and we can do it with all the services we provide. Call us on 020 3743 9354 and book some parking spaces at link and we can have a skilled team at your door who will handle all your packing, furniture removals, transport, storage and more. We can provide a free, no commitment assessment to give you an idea of our excellent prices and remember that we can help at any point of your move so call us whenever you feel you need help and Man and Van will take you to your new home in Dulwich.

I have now used MAN AND VAN for the two times I needed help moving within Dulwich in the last 2 years, and will use them again!

I am happy to book with Man and Van for their home removal services in Dulwich as the price is so affordable.