Looking for the best man and van services in East Finchley?
Just call our specialists today for a free no obligation quote on 020 3743 9354.
We have helped numerous people with their home and office removal needs in East Finchley.
No job is too big or too small for our team and we have experts on hand when it comes to protecting your valuables.

Areas we cover near East Finchley: 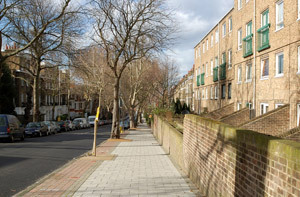 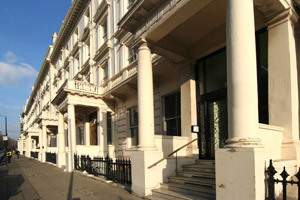 When given the chance to live in London, why would you consider anywhere else?. It is an area with bustling metropolises and serene countryside so whatever you want, you're bound to find it here. Each region has it's own charms so if you're looking at the N postcode district you need to know if it's right for you. It is the Northern postcode region that encompasses most of North London. The Boroughs of Hackney, Islington, Camden, Barnet, Haringey and Enfield are within its borders. Some of these boroughs are not fully incorporated within the N group as they spill into other areas. It was one of the original postcodes districts created in 1857 and remained unchanged until 1917 when multiple sub-areas were formed within it, as was the rest of the London regions.

There are twenty-three of these subdivisions within N that exist to improve mail delivery and street signs, as well as making navigation easier. They range between N1 to N22, and there is the additional code; N81 that is a non-geographic code. These are used by businesses (in this case Electoral Reform Services) for direct marketing and PO boxes and is located within N8.

N2 is responsible for the East Finchley District which includes East Finchley, Forties Green and part of Hampstead Garden Suburb. There fall in the Boroughs of Barnet or Haringey respectively but all share the post town address of London. The area is bordered by the N3, N6, N10, N12 and NW11 areas, meaning that Finchley, Highgate, Muswell Hill, Woodside Park and Golders Green are all nearby. The house prices here are above average for London. Flats range from £213,00 to £369,000 for one and two bedrooms each, but further increase to £742,300 and £2,726,900 for three or four bedrooms. Houses start at approximately £250,900 for a single room and go up to £658,000 and then to £3,239,400 for three and six bedrooms respectively.

There is a wide variety of homes available in the area including large detached family homes, apartment blocks, Victorian and Edwardian terraces, smaller homes for professionals and more. There is a village-like atmosphere in some parts of N2 and feature local style shops but the main high street stories can also be found here. The Phoenix Cinema is said to be one of the best in London, but there are also other film venues as well as a new arts centre available and many green open spaces. Some current notable residents include Robert Winston, Constantine II of Greece, Greg Davies, Jonathan Ross, Sir Maurice Victor Blank, Richard & Judy Finnigan and more. Past citizens include Charles Clarke, Tony Hancock, Alaistair Sim,  Sacha Baron Cohen, Daniel Craig, Noel Edmonds, Martin Freeman, among others.

If you want to find out what made these people want to live in the N2 area then you should get in touch with COMPANY NAME]. As a skilled removal firm, we will be able to handle all of the hard work for you. We can be reached simply by calling 020 3743 9354 and we will answer any questions you have and give you useful tips. We can tell you about all of our services and if you have an idea how we can assist you we'll provide a free, obligation quote. Book parking space with Barnet and/or Haringey Council we'll have our movers at your door to take care of all you packing and furniture removals. If you need it we have storage space available. Then we can have everything loaded onto our transport and taken to your brand new N2 home within a just few days.

These movers are incredible. They got our entire N2 flat completely moved in just a few hours. They are some of the most professional movers I have ever hired.

Man and Van was recommended to me by a former housemate in N2. I did not have much to move, but I was unable to do it myself. A man with a van showed up right on schedule to help. Thank you for a pleasant experience.