Looking for the best man and van services in Fulham?
Just call our specialists today for a free no obligation quote on 020 3743 9354.
We have helped numerous people with their home and office removal needs in Fulham.
No job is too big or too small for our team and we have experts on hand when it comes to protecting your valuables.

Areas we cover near Fulham: 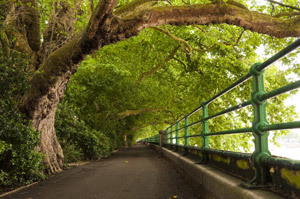 Where do you want to live?. Its a good question and one that really makes you think. Most of the time we wont usually say that its where we currently reside because we want new and better things. We want change and all the excitement that comes with it. We usually see our current home simply as the place we sleep and keep our things but when we think about where we really want to live so many things come to mind. We want to be where the action is, where important and interesting things happen. We want a place that can indulge our interests and help us lead an active life.
So we pick out a new home that has everything we could ever want. We see only the distant future and so we dont comprehend all the hard work that is involved. Packing, moving, loading and transporting are just some of the jobs that we have to perform in order to get from our old home into our new one. Its a lot of work and giving it proper consideration makes the excitement of the move slowly dwindle away.
Man and Van doesnt want you to think like this. We see all the work involved with a move and laugh it off. Thats because we are a top-rate removals service company who can assist you with the big change in your life. We can take care of any and all of the jobs necessary for a move and then we go a step further. We can help you with your packing, carrying, loading and transporting as well as offer you storage facilities, and dont forget its not just homes as we can also take care of office moves too. Youll be impressed with our skilled and experienced staff and our great prices. When moving its important to take parking into consideration so take a look at this link and then before you know it were helping you to move home. 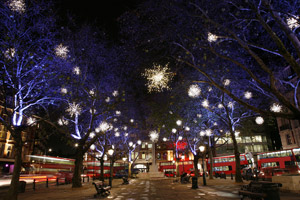 Fulham is located in South West London in the borough of Hammersmith and Fulham, north of the river Thames, between Putney and Chelsea and has the postage code SW6. It is has some of the most upmarket homes in London and is considered a prime area to live.
The Citys earliest history goes back to 691 AD, under ownership of the Bishop of Erkenwald and remained under control of his successors for many years to come. Over time the area became known as a retreat for the wealthy but became more of a working class area later on. After the Second World War the area began major developments and restoration and became the hotspot it is today.
There is always plenty to do in the town with one of its major attractions being that it is the home of two Premier League Football teams: Chelsea FC and Fulham FC, with their home grounds of Stamford Bridge and Craven Cottage here, respectively. Thats not all  the famous and exclusive Hurlingham Club is a centre for sport. Fulham has many other facilities for sport, so if youre into swimming, tennis, netball, polo or rugby then youll be catered for. There are many restaurants and pubs that you can visit such as The White Horse, Aragon House and the Michelin Star awarded Harwood Arms. Parks and open spaces are common, antique stores are abundant and the Studio 106 art gallery is worth a visit.
If you call now on 020 3743 9354 we will provide you with a free, no-obligation estimate and then Man and Van will help you to move where you want to live.
Testimonials

Such a fantastic job done during our home removal to SW6. We can't say enough how much we suggest you use Man and Van for any moving needs.

Such a friendly team of movers in Fulham. I have used them several times this month and enjoyed each experience.