Looking for the best man and van services in Streatham?
Just call our specialists today for a free no obligation quote on 020 3743 9354.
We have helped numerous people with their home and office removal needs in Streatham.
No job is too big or too small for our team and we have experts on hand when it comes to protecting your valuables.

Areas we cover near Streatham: 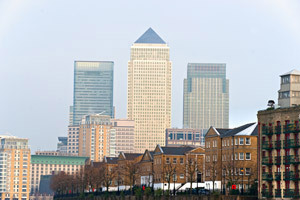 If youre looking for a new home then you cant do better than living in Streatham. It is a district in the south of London and a part of the Borough of Lambeth. It is south of Charing Cross and is one of the 35 major centres as denoted by the 2008 London Plan. Its postcode districts are SW2 and SW16. Nearby places include Brixton, Crystal Palace, Mitcham Palace, Tooting and Thornton Heath.
Streathams name means the hamlet on the street and refers to a the road between London and Brighton. This road was important for much of Streathams history  and was major coach route in the 1600s and was the basis for the modern A23. The first church in the area was created in Saxon times and the parish covered a large region. The village experienced a boom in the 19th century when its natural springs became famous and it gained a reputation as a spa, attracting wealthy merchants to build homes here such as Streatham Park and Park Hill. When the first railway was constructed in 1856 development increased dramatically with many homes constructed at this time. Streatham now has homes with origins from the past two-hundred years. Entertainment venues began to spring up after the First World War, as did shopping centres and flats. The UKs first supermarket was built here  in 1951 before a decline in the area that eventually recovered after the addition of new stores, restaurants and bars.
Streatham Festival was inaugurated in 2002 and is held annually, with many events held each year. A new ice rink is under construction as is a new leisure centre. There are several sport teams in Streatham including football team Dulwich Hamlet, rugby league team South London Storm, rugby union team Streatham-Croydon RFC and Ice Hockey team Streatham Redskins. Streatham Common is a large open space with a long tradition of cricket and also includes formal garden; The Rookery and holds an annual kite fair. There are many places of worship in the district, catering to many faiths. 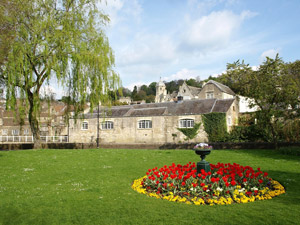 There have been several notable people who have been born or have resided here including former London mayor Ken Livingston, composer Arnold Bax, authors Dennis Wheatley, Leila Berg and Siobhan Dowd, fashion designer Sir Norman Hartnell, actors Roger Moore and June Whitfield, comedians Edie Izzard, Jeremy Hardy and Paul Merton and artist Holland Tringham.
If you cant wait to be a part of Streatham and indulge in all there is too offer then you should call Man and Van and soon a possible. As a top removal firm we can do all the hard jobs for you allowing you to relax and enjoy yourself. Call us on 020 3743 9354 and well answer any questions, give you advice and give your more information on the services we provide. When can give you a free assessment that will give you an idea of our great prices.
If you recruit us, then you should know your getting skilled and experienced professionals to help you. They will bring with them all the packaging and containers you could need and then they will use them on all your belongings so that they can be transported with being lost, damaged or even dirtied. We can have all your furniture and large appliances removed from your home also. Its important that youve booked park space  so that our vehicles can remain outside both your new and old home when we load and unload them. Then we will help you place everything where you want it leaving you with a new home for your life in Streatham.
Testimonials

This is the best moving company that I have ever used. I would highly recommend them for anyone needing a moving or removal service in the future in Streatham.

Man and Van has a great team of movers. They always come in Streatham on time and are so respectful. I love them all.