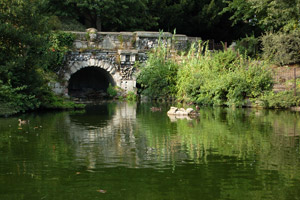 When you you’re looking for somewhere to live you want to be somewhere that has everything you require Ealing can provide. It is a suburb in the west of London and a part of the Borough of Ealing. It is around 12 miles from the City of London. Other nearby places include Hanwell, Brentford,  Acton, Perivale, Hanger Hill and Alperton. It’s postcode district is W5. It has been a part of Greater London since 1965 and a metropolitan borough since 1901. It is known for a retail and commercial centre with an active night time economy.
Archaeological findings suggest that the area has been inhabited for thousands of years and the oldest known settlement is from the 12th century. A census of 1599 states that there were 85 homes in the village with the Church of St. Mary’s dating back to this time. The Great Ealing School was established in 1698 and earned a fine reputation. The importance of the area increased when the roads became popular by travellers and many rich Londoners bought homes here. As the area grew inns and taverns were constructed. Market gardens began to spring up and the railway was completed in the 1850s. The improved transport links opened Ealing up to the rest of London and many more houses were built to earn it the title “Queen of the suburbs.”

As time passed it became the popular and modern suburb it is today. Ealing has over fifteen Christian churches scattered throughout the town, as well as two synagogues, two mosques and there is also a significant Muslim and Sikh community. Ealing Studious is one of it’s most famous aspects and has contributed to the creation of TV shows such Doctor Who, Monty Python’s Flying Circus, The Royale Family and Downton Abbey, as well as films Nottinghill, St. Trinians, The Lavender Hill Mob, The Importance of Being Earnest, The Ladykillers and Shaun of the Dead. 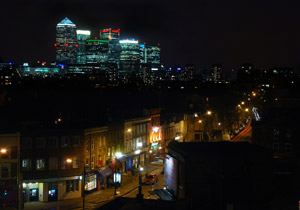 The Ealing Jazz Club is the meeting place of Rock and Roll legends Mick Jagger and Keith Richards, but the venue is now The Red Room nightclub. Walpole Park holds regular jazz and beers festivals which are both very popular, as well as comedy and opera events. The Questors Theatre is located on Mattock Lane. The local rugby team is the Ealing Trailfinders and the area is has a successful running club that counts Olympic medal winning Kelly Holmes as one of its members. The Ealing Cricket Club is the leading cricket club in London.
If you’ve decided that Ealing is for you then Man and Van wants to help you make it your new home. Call us on 020 3743 9354 and we give you advice, information on our services and answer any questions. We can offer a free quote to give you an idea of what we can do for you and we’re certain you’ll find our prices accommodating.
Once this is sorted we’ll have a team of movers at your home ready to do everything your move requires. We can provide all the wrapping material and containers you could need and we’ll put them to good use as we get all your belongings ready to be transported. Large objects and furniture can be moved by us with ease and we guarantee we will keep everything intact and safe. Whether we provide vehicles or you have them yourself don’t forget to book parking space, which can be done here. Once everything arrives at your new home we’ll set it all up for you and you can finally enjoy your new home in the Queen of the Suburbs.
Testimonials

I love how fast the movers sent by MAN AND VAN were able to move us out of our apartment in Ealing!

Man and Van is a brilliant moving company in Ealing, the only one I know that even gave me a discount. Brilliant.