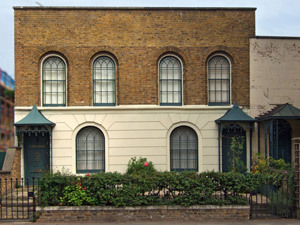 Hackney is a great place to live, with an interesting history, many things to do and to see and it’s in a prime location at the centre of London. So if you’re thinking of moving home then this is the place you want to be. It is north-east of the City of London and a part of the Borough of Hackney. It is north-east of Charing Cross and it’s postcode district is E8. It is bordered by Upper Clapton in the North, Homerton in the east, Bethnal Green in the south and Dalston in the west. Hackney Downs, Lower Clapton, South Hackney and London Fields are also nearby.
The history of Hackney dates back to Pre-Roman times, with tribes such as the Catuvellauni making their home here. The name comes from a 5th or 6th century Saxon settlement. The area was not mentioned in the Domesday Book as at this time it was part of the manor of Stepney. During the reign of the Tudors the area began to transform dramatically when it became a place for the nobility to attend and it was the location of Henry VIII’s palace located near the Lea Bridge roundabout. Built in 1535 by Ralph Sadlier, Sutton House is Hackney’s oldest existing building but many more houses were present at this time. Theatres were built here at this time and the infamous Gun Powder Plot was foiled not far from here. In the Georgian era, Hackney became a rural retreat and later in 1850 the railway was opened, followed by the opening of the tram service. 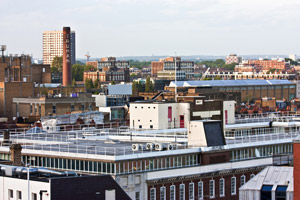 Grand houses were built in Stoke Newington and Stamford Hill, which now provides a refuge for a large orthodox Jewish community. Gainsborough Studios in Poole Street was the venue used for many of Alfred Hitchcock’s films. Since the Second World War the area has been heavily developed with the old Georgian and Victorian houses being revitalised and many old warehouses transformed into apartments. There are many parks and open spaces in Hackney and has been acknowledged as the greenest place in London. Some of the parks have achieved the esteemed Green Flag award. The Hackney Empire music hall, built in 1901, is a Grade II Listed building, as is the town hall. The learning and technology centre was opened in 2002 and houses the Central Library, Hackney Archive and Hackney Learning trust. 16th century building St. Augustine’s Tower Hackney is a Grade I Listed building. The Narrow Way a.a as Church Street is a busy shopping centre and Hackney’s most visited tourist centre is the former Burberry factory off Morning Lane.
Before you get too excited about moving home you should consider all the hard work that is involved to get your belongings from one place to another. You will need lots of packing materials and containers for everything and the manpower necessary to get large furniture through doors and down stairs. You will have too book vehicles that can transport your goods and you might even need storage. While this can kill the fun of a move let Man and Van keep the excitement alive.
As a top removals firm we can do all these jobs and more swiftly and safely. Under our care all your belongings will be properly packed and shipped to where you need them. We can even set them up for you at your new address. Our skilled team can do anything you need them to so that your move is done properly and pleasantly. So book your htm">parking, call us on 020 3743 9354 and we’ll have you home in no time.
Testimonials

These guys were great; they work hard and are very responsive to any concerns. No problems whatsoever in the Hackney area.

I had very little time in Hackney left before I changed apartment. Man and Van rushed in with their man with a van offer, fast job.