Looking for the best man and van services in Blackheath?
Just call our specialists today for a free no obligation quote on 020 3743 9354.
We have helped numerous people with their home and office removal needs in Blackheath.
No job is too big or too small for our team and we have experts on hand when it comes to protecting your valuables.

Areas we cover near Blackheath: 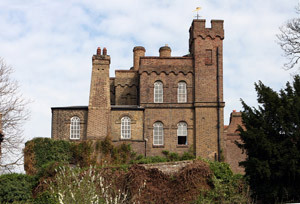 Life is full of surprises but many if them can be unwelcome. This usually occurs when we don’t plan or research something properly first and so we’re stuck paying the consequences. This can happen when moving home because if you don’t know enough about the area you are relocating to it might have something you don’t want and that is why you should research each London postcode area when moving here starting with SE.
The South Eastern postcode district is one of the region’s oldest postcode areas and encompasses the Boroughs of  Southwark, Lewisham and Greenwich, as well as parts of the Boroughs of Lambeth, Bexley and Bromley. It was created in 1857 alongside the other main postcode sectors and has changed much over time, mostly in 1917 when multiple smaller postcode areas were introduced. There are now twenty-eight different sections here, spanning SE1 to SE28, as well as the non-geographic SE1P that is used for direct marketing and PO boxes by different businesses. These new codes were introduced to improve mail delivery and street signs, as well as make travel easier.
SE3 is one of them and covers Blackheath, Kidbrooke and Westcombe Park, which are found within the Boroughs of Greenwich or Lewisham but all use the post town address of LONDON. Nearby areas include SE9, SE7, SE10, SE12, SE13 and SE18, which means that SE3 is nor far from Eltham, Charlton, Greenwich, Lee, Lewisham and more. 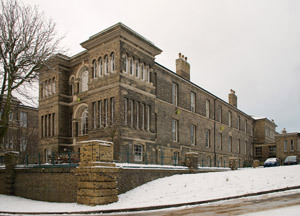 The house prices in the area are about average for the region with flats starting at approximately Ł228,000 for one bedroom and increasing  for each additional room to about Ł1,083,000 for six bedrooms. A single bedroom house goes for around Ł207,000 and increase to the maximum of six rooms for roughly Ł1,888,000. Studio flats go for a about Ł168,000. There is a good variety of quality house types in the area that includes large Victorian and Edwardian homes, Thirties' villas with large gardens, fantastic mansions, Sixties' box houses, retirement homes, the private Cator Estate, tower blocks, Thirties semis, a seventies estate and more.
The SE3 area can easily cater to all of your needs as it is full of excellent facilities. These include The Blackheath Halls, which hosts various lectures, music performances, courses and more, as well as many pubs and restaurants, with the latter serving a whole host of cuisine from around the world. Roads are available for travel but most public transportation in the area is served by trains. Notable residents from the area include  comedic duo Vic Reeves and Bob Mortimer, other comedians Malcolm Hardee and Jim Davidson, television personality Jools Holland, goalkeeper Stephen Anderson, interior designer Lawrence Llewelyn Bowen and singer Sandie Shaw.
Sport plays a huge part in the area with many sports grounds for activities such as football, cricket, running, athletics, rugby,  martial arts, trampoline, hockey, table tennis, among others. Some of the long running clubs include venues include the Royal Blackheath Golf Club,  Blackheath Harriers, Blackheath Hockey Club and Blackheath Rugby Football Club. The London Marathon course runs through here.
One pleasant surprise that is guaranteed is how Man and Van can make your move successful. Call us on PHONE NUMBER] and we will answer your questions, give you advice and tell you about all the services we offer such as packing, large furniture and appliance removal, transportation, storage and more. Before this can be  done we can offer a free quote and help you book parking space with Lewisham and/or Greenwich Councils. We have a skilled team who will do whatever ever it takes to move you into your new SE3 home so call today.
Testimonials

Had a ton of crap to move from storage into our new house in Blackheath. I needed boxes to pack the items, so we hired these guys yesterday to help us out. What an amazing team!! These guys got everything done much faster than I was expecting.

Really pleased with the price offered for removal services in SE3. Thanks a lot for all your help!