Looking for the best man and van services in Roehampton?
Just call our specialists today for a free no obligation quote on 020 3743 9354.
We have helped numerous people with their home and office removal needs in Roehampton.
No job is too big or too small for our team and we have experts on hand when it comes to protecting your valuables.

Areas we cover near Roehampton: 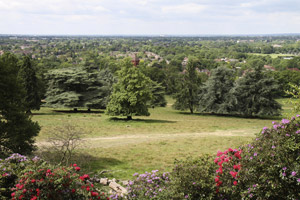 Roehampton is a district in south west London and a part of the Borough of Wandsworth. It is south-west of Charing Cross and bounded by Barnes in the north, Putney to the east, Wimbledon Common in the south and the Richmond Golf courses in the west. Its postcode district is SW15. The name comes from the rook bird that is still found here.
When the Putney bridge was opened  in 1729 is Roehampton became a popular place to live with many estates being constructed, with some surviving today. Several of these are listed as Grade I or Grade II buildings. Several pubs in the area preserve some of Roehampton’s rustic history. The wealthy made their home in the village for a long time because of its closeness to the City of London. Roehampton House was a key spot in the area as many villas were built around Roehampton Park. When the various high quality housing estates were constructed from 1920 onwards the area changed dramatically. The wide range of housing in the area allows for a variety of buyers to purchase a home here.
Richmond Park is a national nature reserve within Roehampton and is classed as a royal park that contains as wide assortment of wild life. Roehampton University has over 8000 students attending and The Queen Mary’s Hospital is a centre for rehabilitation for persons who have lost limbs. LCC cottage estates were inspired by the Garden City Movement  and were created to be picturesque arts and craft inspired homes. The Alton estate is a regular filming spot for television and film. Other key locations in Roehampton include The Bank of England Sports Centre, The Priory Clinic, Rosslyn Park Rugby Club, sports centre Roehampton Club and the International Tennis Federation. 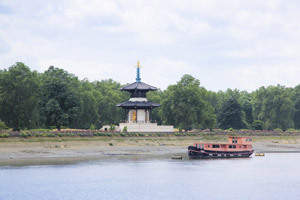 Roehampton has been the home of many notable people such as former Prime Ministers William Pitt the Younger and Edward Smith-Stanley, The Earl of Derby. Other famous residents include actors Emily Blunt, Jack Hawkins and Dennis Waterman, poet Gerard Manley Hopkins, racing driver Peter Westbury, cricket player David Malan and physician William Harvey.
With all this and more to offer Roehampton is a great place to live so if you’re thinking of moving here then you shouldn’t spoil the excitement by sorting the move yourself. It might seem but there’s a lot of work involved. If you want a pleasant move get in touch with Man and Van. We will be able to do everything pertaining to your move skilfully and professionally. Call us on 020 3743 9354 and we can have a trained team at your home almost immediately. They will bring all the packaging materials and containers necessary and will have all your belongings safe and secure for their journey to your new home.
Large objects such as wardrobes, sofas and fridge freezers are very difficult to remove from a home as they won’t easily fit through narrow spaces or doors and moving them up and down flight of stairs can be a nightmare. Our skilled team knows how to handle this and so you won’t have to abandon any of your belongings. Make sure you visited the website of Wandsworth so you can have parking space booked for when we send around our range of vehicles which will be able to get anything you own to your new address. Once everything is at your new home we can unload and unpack all of your things and help you set them all up.
Give Man and Van a call and we can provide you with a free quote and you’ll be on your way to a new life in Roehampton.
Testimonials

Thank you to the awesome movers for moving our home. We are much happier in our new house!

Man and Van are the best moving service in Roehampton due to their knowledge and friendly vibes with customers. I am very happy to book with them.