Looking for the best man and van services in Wandsworth?
Just call our specialists today for a free no obligation quote on 020 3743 9354.
We have helped numerous people with their home and office removal needs in Wandsworth.
No job is too big or too small for our team and we have experts on hand when it comes to protecting your valuables.

Areas we cover near Wandsworth: 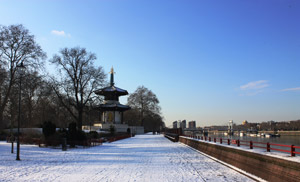 Do you live in Wandsworth?. Would you like to?. If you say yes then you’re in for a treat because the area has so much to offer and without even knowing what sights and activities you can get up to you should know that it’s the chance for a change. If your life has grown stale then a move can really freshen things up. A new address doesn’t just mean new surroundings but the chance to do new things, meet new people and take a new approach to life.
Before all this can happen, though, you will have to go through the actual process of moving home. This can be a real chore but you need not worry because Man and Van is here for you. We can take care of all your moving problems as soon as you call us on 020 3743 9354. Our friendly and knowledgeable staff will begin to give you advice, answer your questions and give you a run down of our excellent services. We can do everything from providing materials, packing, lifting, loading, providing transport and more. At any point during your move, whether you’re just starting or are finishing off we can come and help you. This is because we don’t do packages and just focus on what you want. This also means that you only pay for what we do so you receive the best deal. We can also help you move into a new office, help with parking (more info can be found on the borough's website) and allow use of our storage depots. 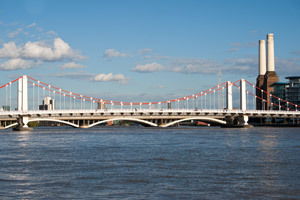 Ahead of moving to Wandsworth you should know a bit about the area first. Situated in the Borough of Wandsworth, it is southwest of Charing Cross and is one of the thirty-five major centres of Greater London. The land was owned by several different people and institutions such as St Wandrille’s Abbey. It has long been an area that has accepted migrants, especially in the 1590s when Dutch settlers came here, fleeing from persecution. The centre of the town was Young & Co’s Ram Brewery that produced beer for 425 years, between 1581 and 2006. Gas works became a major part of the city after what would be known as the Wandsworth and Putney Gaslight and Coke Company was constructed in 1834. Over the years it merged with other facilities and was eventually supplying gas for much of south London.
The riverfront that runs to Battersea Village and the West End is lined with apartments, bars and restaurants making it a great place to live and visit. Wandsworth Common has some of the priciest townhouses in all of London, so if you’re thinking of treating yourself then this is the place for you. The area also has many boutiques and restaurants including Chez Bruce. Old York Road, known locally as the “Tonsleys” has many Victorian style houses that are very popular and so can be quite expensive.  Wandsworth High Street is the hub of entrainment and fun and is home to the recently refurbished Southside Shopping Centre, which contains a cinema and restaurants. King George’s Park is not far from here and features many ponds, cycle paths and sports facilities.
Wandsworth has been home to many famous residents including former Prime Minsters David Lloyd George and Tony Blair, actors Kevin Spacey, Keira Knighley, TV chef Ainsley Harriet, boxer Frank Bruno and literary greats Thomas Hardy, George Elliot and Daniel Defoe. So if you want to join in this pantheon of talent and celebrity call us now Man and Van and we’ll have you living in Wandsworth in no time.
Testimonials

Man and Van is as sincere people as they are excellent movers in SW8.. You won't find better people, believe me.

I moved into a new house and my neighbours recommended this removal company in Wandsworth. They answered all my questions and sorted it out instantly. Brilliant.